4 Ways Fintech is Building the Foundation for the Metaverse 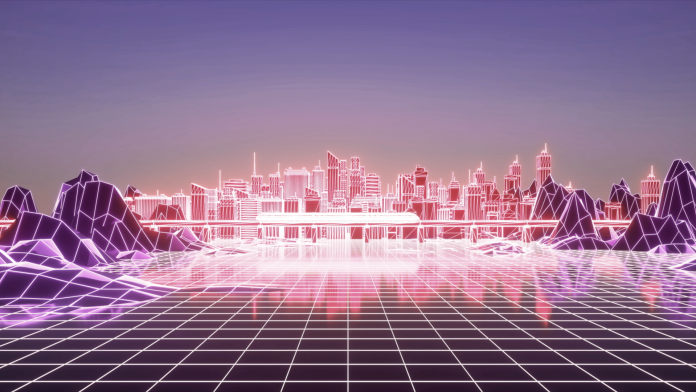 Hiro Protagonist, yeah really that’s his name, is a broke computer hacker and pizza delivery driver, living in an anarchist utopia in the early 21st century. After the global economy has collapsed and the world governments have lost most of their power to a handful of gigantic technology corporations, Hiro like everyone else around him,  spends the bulk of his time engulfed in a digital world accessible only by a headset called the metaverse. In this metaverse people appear only as digital avatars that are able to walk down an endless road packed with amusements parks, shops, offices and all manner of distractions.

This is the plot of a dystopian and surprisingly prophetic novel from 1992 by author Neal Stephenson titled, Snow Crash, the first recorded mention of the Metaverse.

The Metaverse we hear about in every corner of the web today is not dissimilar to the portrayal of Stephenson’s alternative fictional reality. In a very broad sense, the Metaverse as envisioned by the companies building it today, is the group of persistent, interoperable platforms on which users can concurrently experience digital events like games, concerts, conferences, and virtual trips around the world.

Today we are only at the very early stages of development of the Metaverse, if we are to believe anything Meta CEO Mark Zuckerberg says, we are between 5 and 10 years away from the metaverse going mainstream, but the money possibilities and therefore the use cases for fintech and finance are already very real in at least 4 ways.

The Metaverse is for sale and a handful of companies are making millions by selling Metaverse property through NFTs. In short, an NFT or non-fungible token, is a piece of data that gives its owner legitimate proof that a digital item like a tweet, or a jpeg, belongs to them.

Through NFTs, virtual property owners can validate the authenticity of their land on blockchains. They can then monetise that ownership by either building services on that piece of virtual land, such as virtual advertising spaces or by flipping the property up for a profit as virtual land becomes more valuable.

What we are talking about here is a new type of asset class. These digital assets can be bought and sold, can hold value and most remarkably, can be converted into fiat currency like Euros, Dollars and Krona. It does beg the question that if people are able to invest in real estate or use their physical property as collateral for bank loans in the real world, could there be a use case for virtual mortgages or for virtual NFT portfolios as collateral for different types of financing?

Take Upland for example, the metaverse platform mapped to the real world that allows people to own virtual property. This may sound like a bizarre and pointless waste of time. But consider that as the popularity Upland increases, so does the popularity of its virtual assets, which in turn increases their valuation in UPX or upland cryptocurrency.

Virtual property owners can buy and sell property at a profit and increase their networth in UPX.  Think of it as a gamified version of Bitcoin.  Bitcoin has value because of three main attributes. Scarcity – there is only a finite amount of bitcoin in circulation,  proof of work – to mine bitcoin computers need to solve a complex cryptographic problem and a s a result get rewarded with Bitcoin, and supply and demand- the more people who want to join the Bitcoin bandwagon, the more coveted bitcoins become and the higher their valuation go.

Upland operates on similar mechanics, except that it has created a visual interface that engages people by experiencing its economy in a game. Land in the Upland metaverse is scarce as there is only a limited amount of it. The more popular a city becomes the more coveted pieces of land in that city get and the higher profit players can make from flipping their properties.

Upland is reportedly becoming an economic powerhouse. In the past 30 days players have traded a whopping 330k properties for a combined value of 6.2billion upx of 6.2 million usd, alongside players enring 600k usd via NFT to usd. So not just a silly game after all.

If you are planning to live part of your life as an avatar in a virtual world then you need to look the part, and companies are flooding to the metaverse to ensure that you can look as good as your handsome real self.

To this end companies all over the world are offering services like avatar creation, accessories, cars, pets, clothes and of course furniture to enhance your virtual mansion. This all possible thanks to NFTs, and advanced platforms like Sandbox and Decenterland which we already talked about, are even allowing users to create their own NFT accessories and then sell them to other users. Depending on the attributes and rarity of these NFTs, their price can go up and enable owners to turn a profit.

Fashion brands like Prada, Gucci, Louis Vuitton and Nike are all creating new business models based on the design, creation and sale of digital clothes and accessories. According to Coindesk, Dolce & Gabbana’s first NFT Collection generated the equivalent of US$5.7 million in cryptocurrencies.

Several platforms like the sandbox and Axie are enabling people to make money by playing games on the metaverse. The concept is simple, if you play the game well, you are rewarded with NFTs. The rarest and the most valuable ones are given to those who play best, creating a psychoeconomic dynamic of scarcity and demand. Players in possession of rare and highly coveted NFTs are then able to use accessorize their avatars with them, flaunt them as a badge of honour, or flip them in NFTs markets for real world money.

Money is just a collective narrative we tell each other about value, so if enough people play the game and find its digital assets something to be desired and coveted, their value increases.

What is perhaps most interesting is that the Metaverse is mimicking reality by creating value adding activities that serve other users of Metaverse spaces. The creation of digital fashion, weaponry, pets and even virtual babies, serve a need that increasing number of users in virtual spaces need to satisfy. Where there is a need there is a market opportunity. However, for the first time, these value generation activities in the Metaverse are starting spill over from virtual worlds, into the real world through a function of liquidity. NFTs and other virtual tokens can now be converted into money.

4. Money and the metaverse

Unsurprisingly transactions on the metaverse take place in cryptocurrency, many of which are built onto the Ethereum blockchain. This means transactions are immediate, fully transparent as they take place on open blockchains, and in many cases, anonymous as the identity of the holder is not made public.

If you think about it, cryptocurrency is no different that the points that you’ve always accumulated on games, with the fundamental difference that unlike traditional games, these “points” are exchangeable for fiat currency like Euros, or Dollars, at fluctuating exchange rates.

The internet forced companies to develop entirely new internet based business models. We will see the next evolution of the economy taking place in the metaverse where business model innovation will make it possible to exchange new types of value.

A great example new business models is emerging for transport services like Uber, Hyperloop and Airlines in the Metaverse as a way to navigate from one virtual environment to another.  Upland already charges users 20 UPX to use various types of transportation to move within and beyond cities. Airports, train stations and hyperloops in Upland are owned by other players, they come at a significant investment but players wanting to use these transport services must pay a fee every time they do. There is even discussion amongst Upland and airlines about the possibility to own domestic air routes for those wanting to capitalise on users desire to move between virtual cities.  Similarly, Polkacity, another metaverse platform, allows users to own taxis and operate them within its cities to allow avatars to get from one place to another.  If you are in Retail, Transport, media and entertainment and are not already defining what your business model for the metaverse will be, you may actually be missing out.

As always, the supply side of things is often incomplete without the necessary broad adoption for these services. The millions of people and thousands of companies racing to own a part of the action in the metaverse is at least indicative of a trend towards fast money. Whether or not enough people will embrace it with as much enthusiasm as their creators, remains to be seen. However, with the seemingly never-ending Covid related lockdowns and the persistent threat of more severe pandemics promised by Bill Gates, we should wonder if the Metaverse will become the place where we will be able to roam freely, while confined to our homes.

Chris Crespohttp://nordicfintechmagazine.com
Chris is the Co-founder of Nordic Fintech Magazine and Fast Forward Banking. He uncomplicates finance through jargon-free financial media content in plain and simple language. Chris is also a guest lecturer at Stanford University and Singularity University where he speaks regularly on the Future of Financial Services, the Future of Money Disruption and Entrepreneurship.